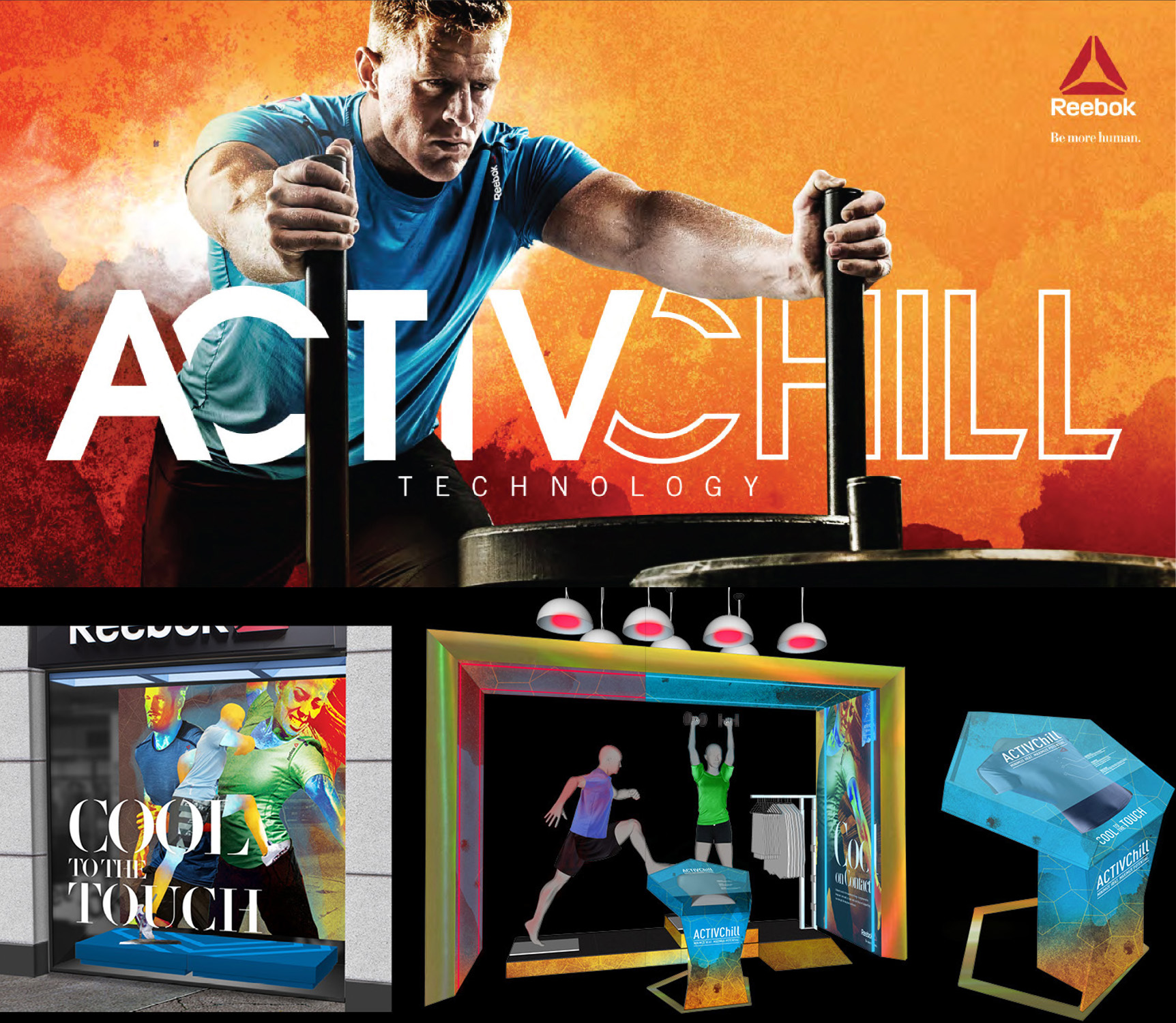 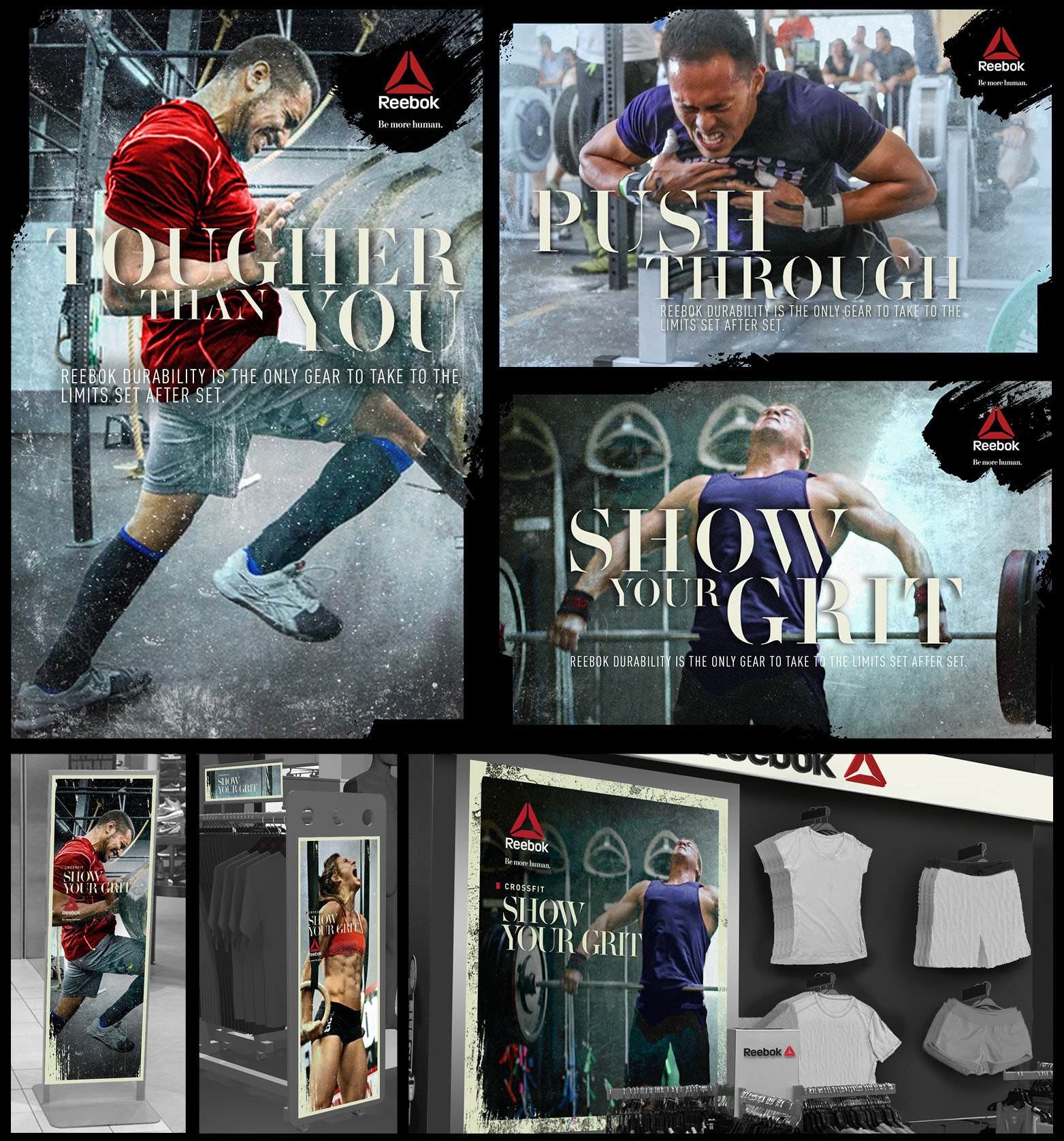 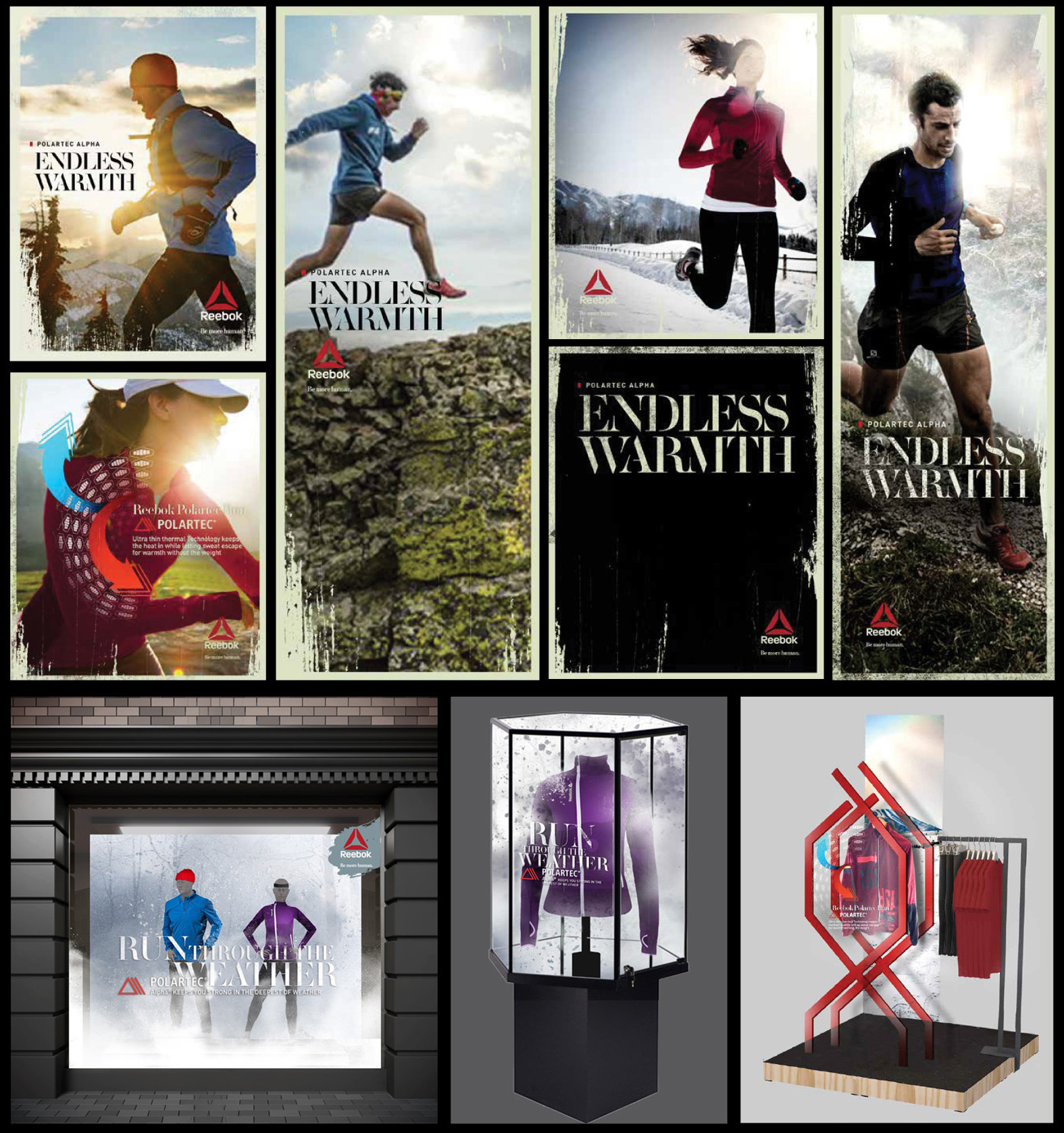 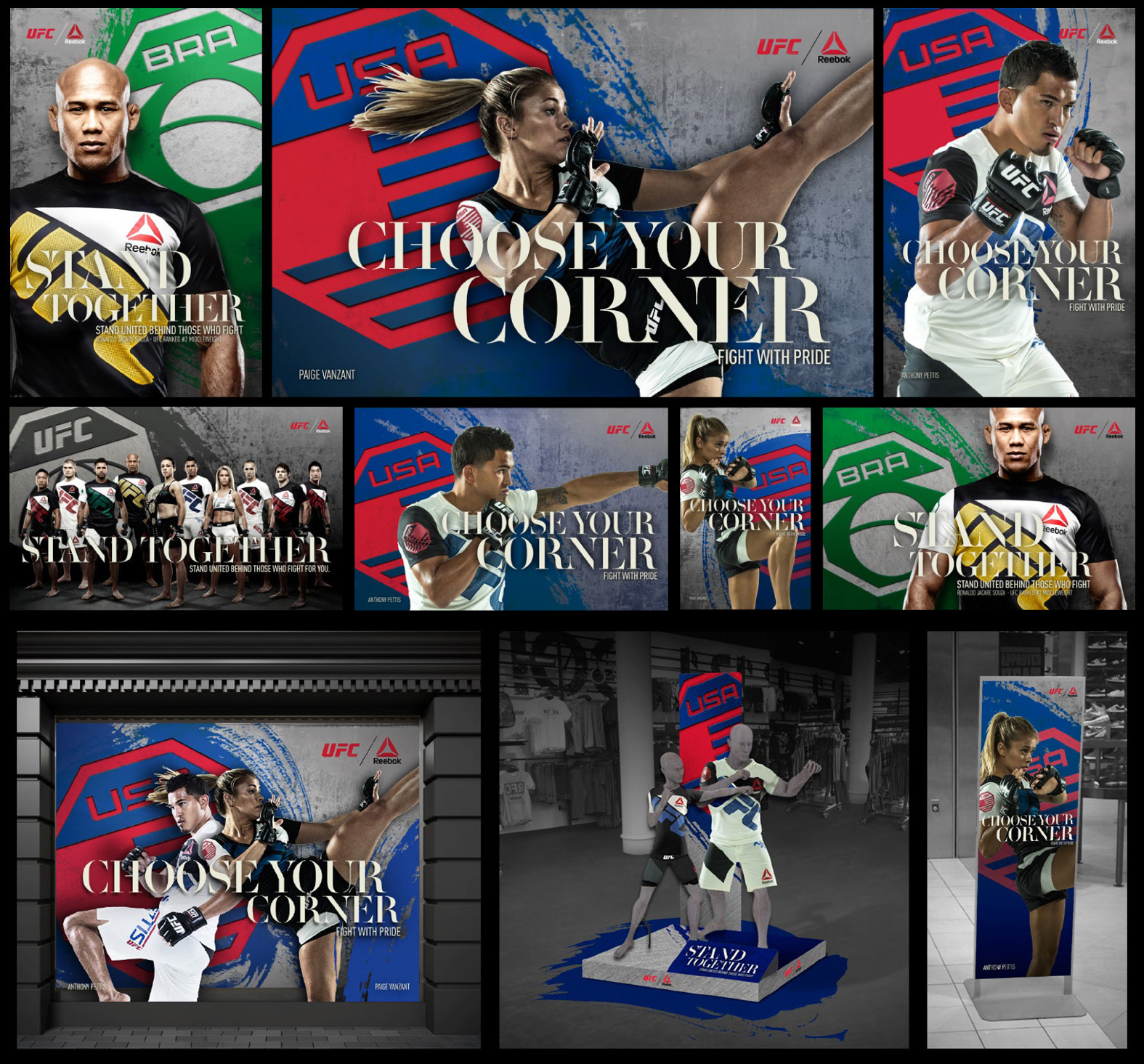 Activechill
Activechill is a technology that produces a cooling affect as an athlete heats up, this lead me to designing a podium with hidden internal fans so the consumer would feel a cooling effect when interacting with the garment. For the in-store display we also came up with an interactive launch zone which would sense motion and change the color of the lighting from red to blue to create a visual representation of heating and cooling.

Crossfit
Crossfit is a tough sport for people who are pushing them selves to the extreme. Reebok acknowledges this and tries to make clothing that is as tough as the athletes who use their products. From a technology standpoint they utilize Kevlar, Cordura, and a variety of fabrics and weaves that resist not only the abrasion caused by some of the exercises, but that also resist the chalk and dust typically found in a crossfit gym. It was this insight that lead to the concept of using a distressed almost chalky photo effect on all images for this category leaving only the key product untouched to  show it was truly stronger than anything that could be thrown at it.

Polartech®
Polartec® Alpha® is a technology with active insulation that regulates core body temperatures during both dynamic and static activities. The concept for this direction was to show athletes being unstoppable in extreme cold conditions. For the display graphics and photo direction this was conveyed by the sun shining brightly in almost tundra like conditions. For the store windows and displays the idea was to create a sort of artificial blizzard environment where the product would sit unfazed and spotlighted to reflect this ray of warmth.

UFC Fight Kits
As the sponsor of the UFC Reebok would be producing fight kits for all fighters with unique country based badges. Reeboks warpaint was used to show these badges almost as graffiti tags behind the fighters. The concept was to bring the consumer into the gym with the larger than life fighters, while also showing the badge as a sort of rebellious symbol to support the fighters as  badge of honor.