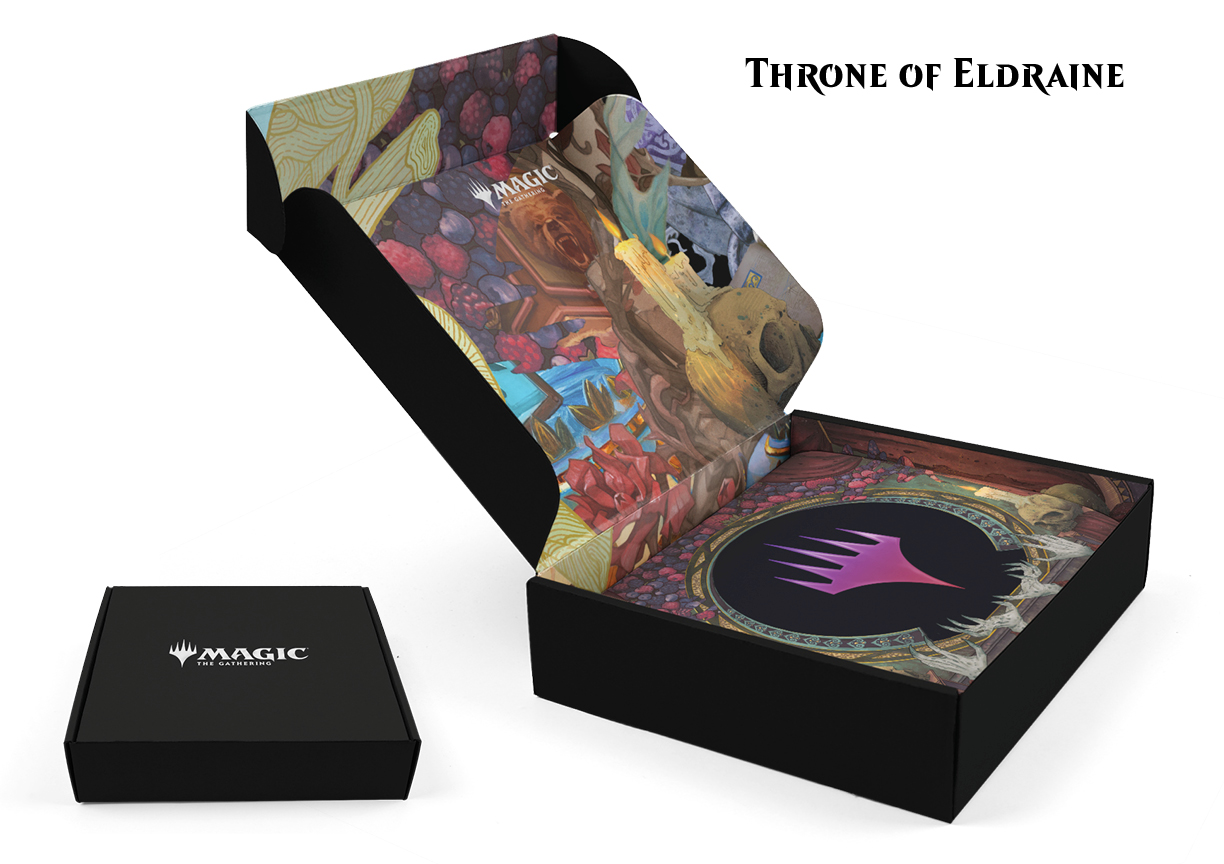 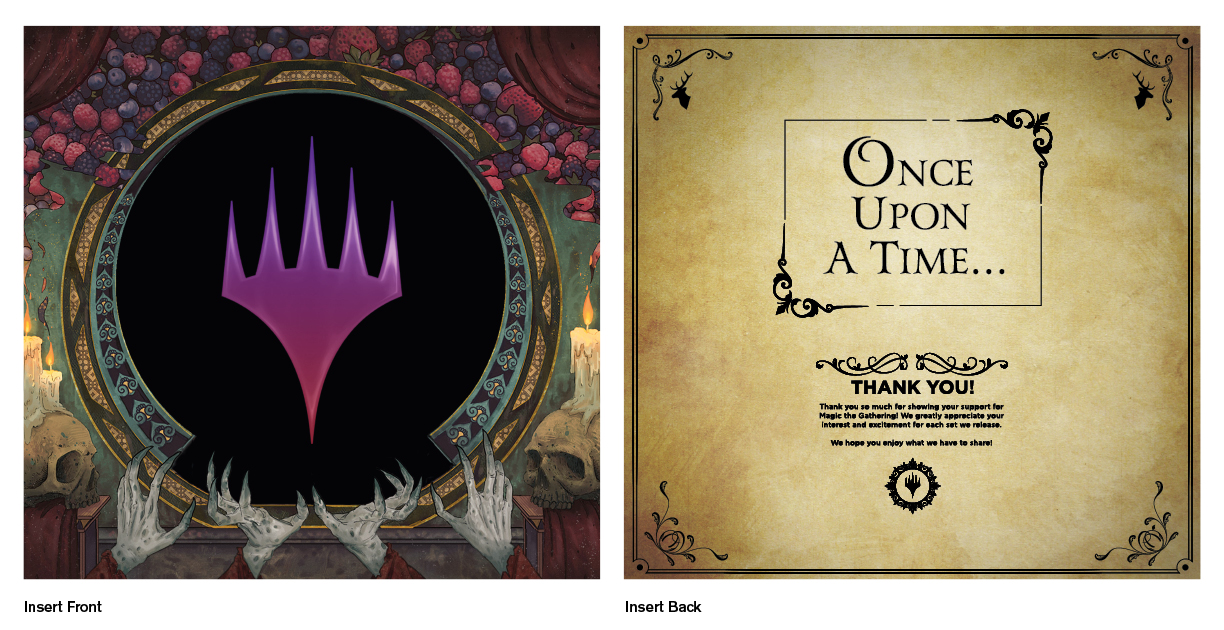 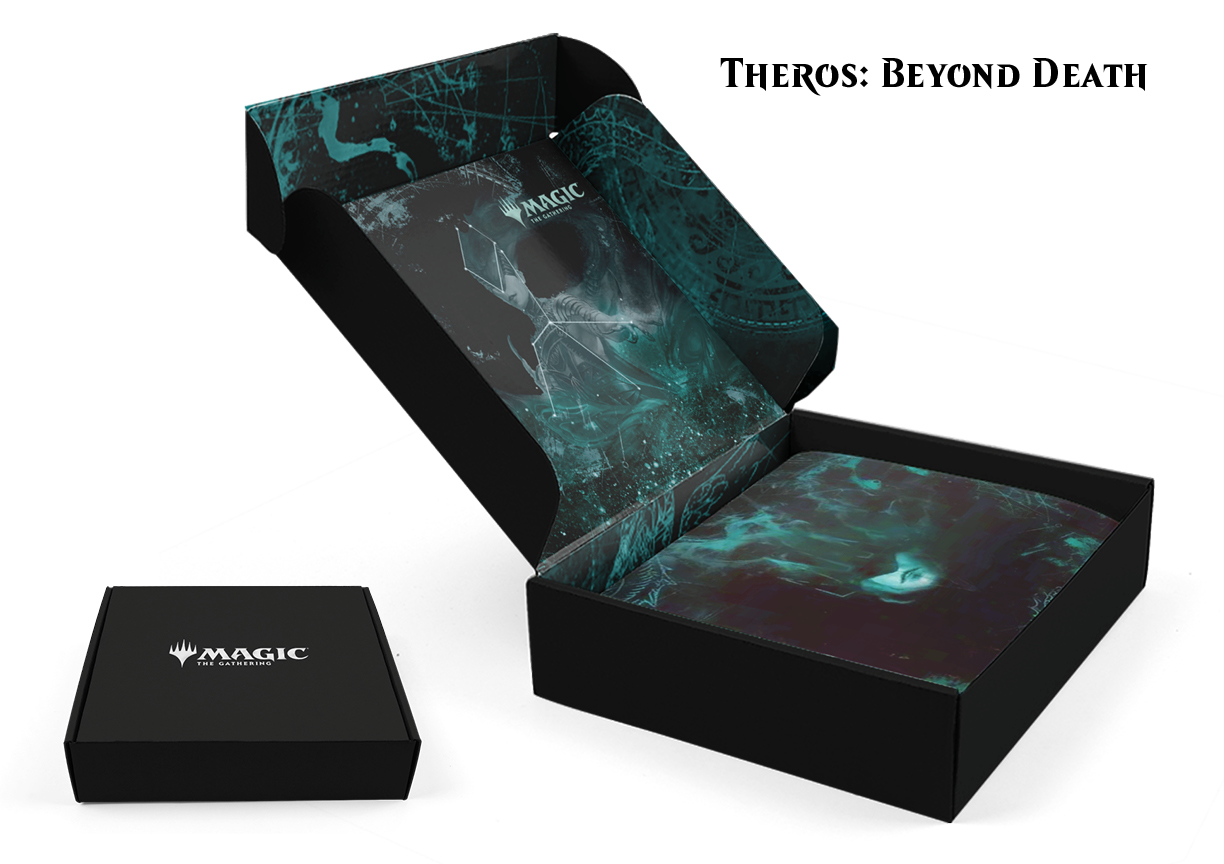 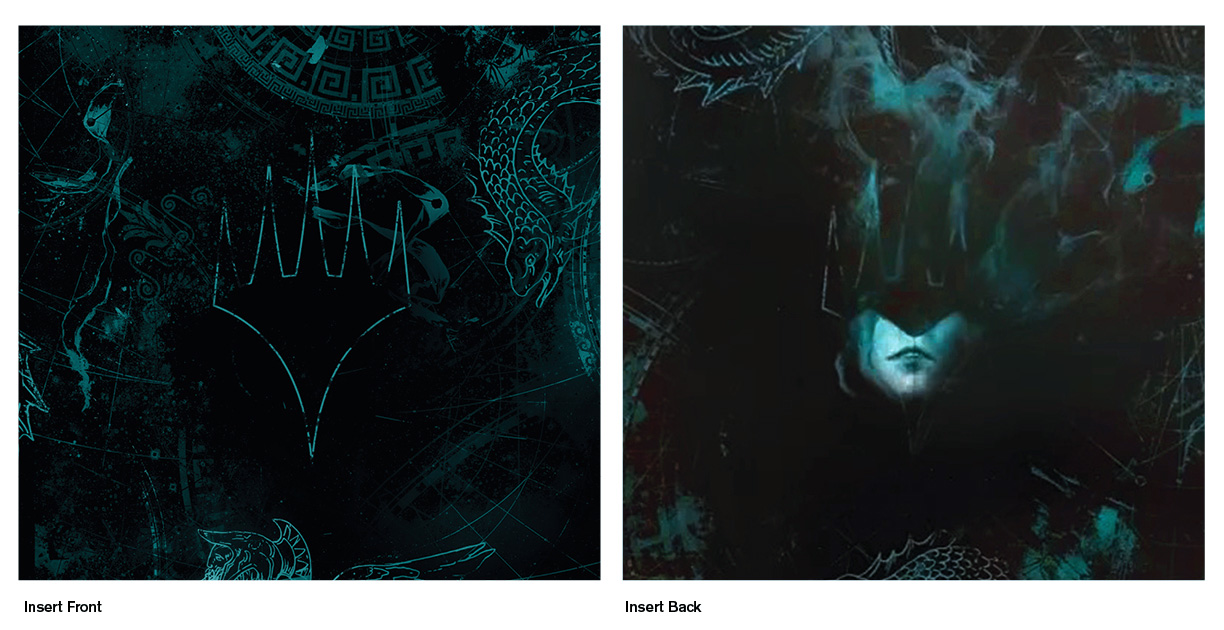 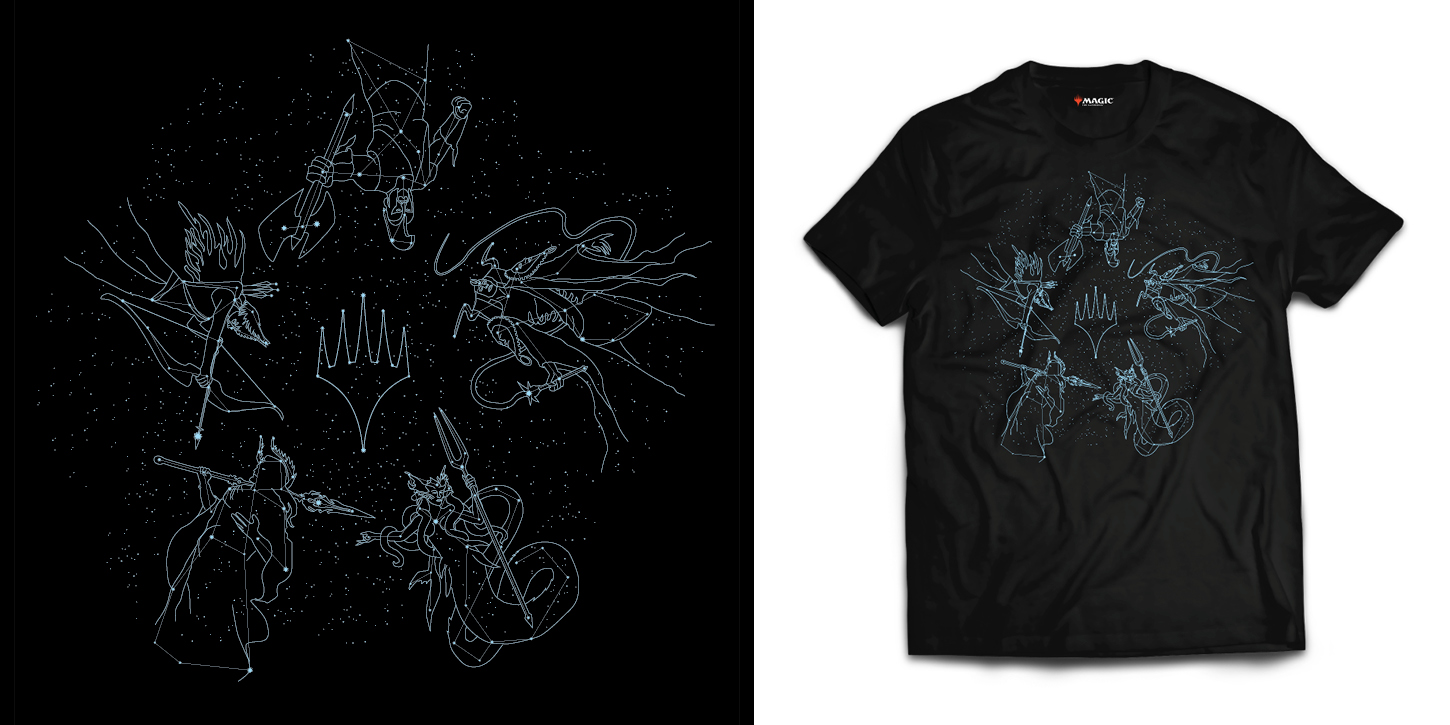 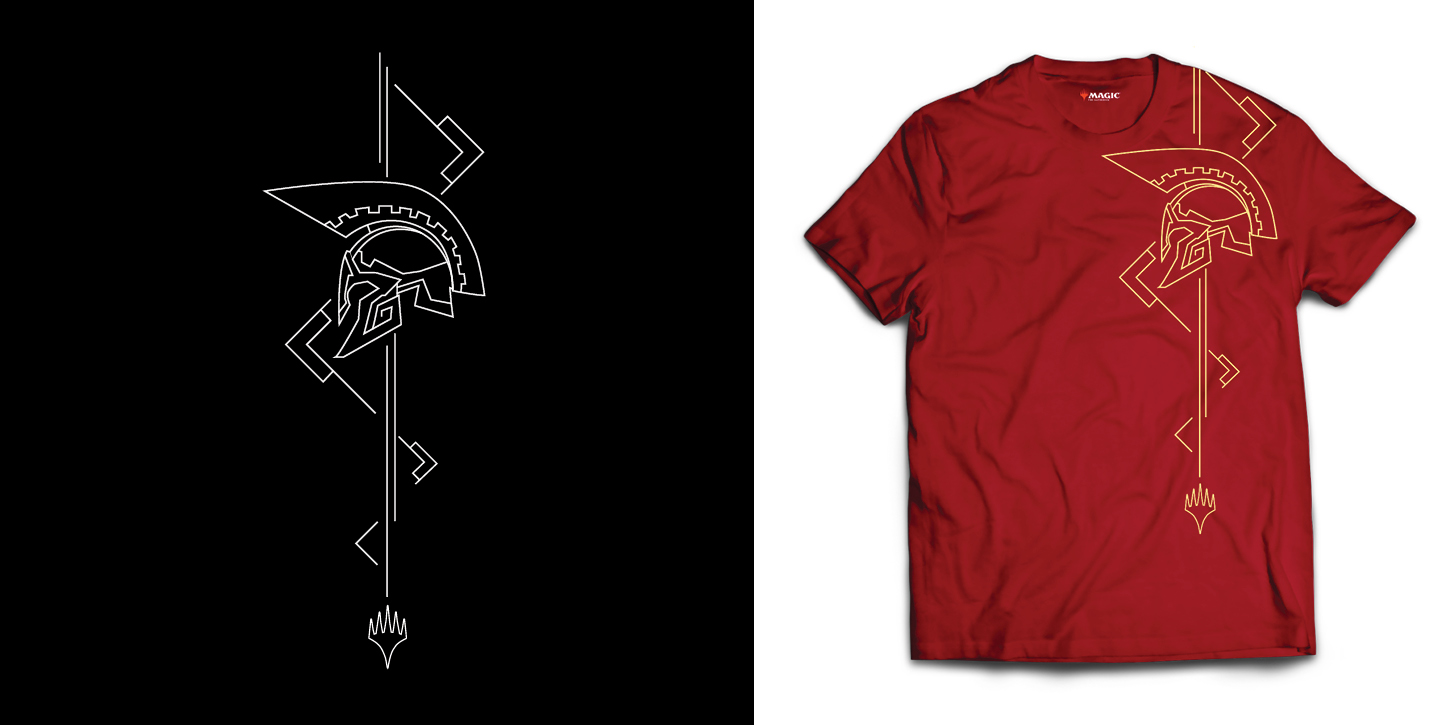 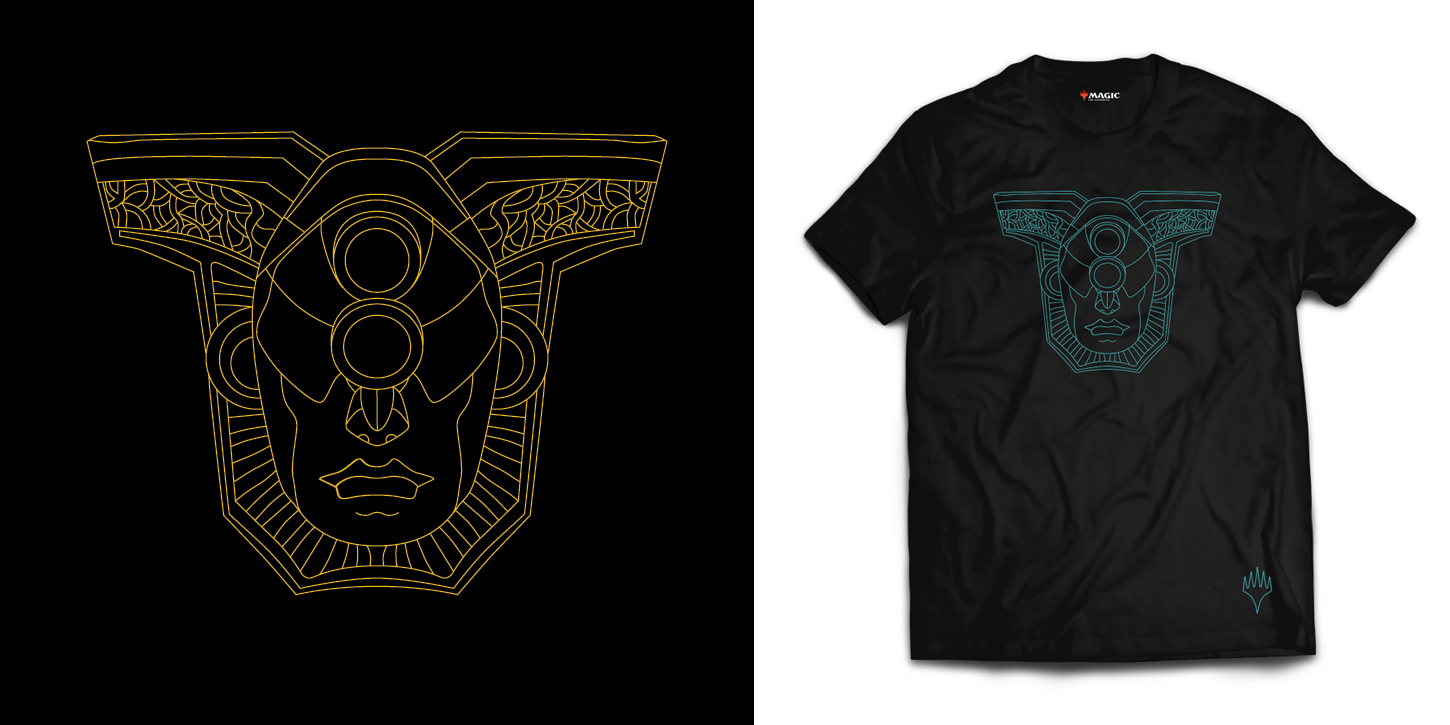 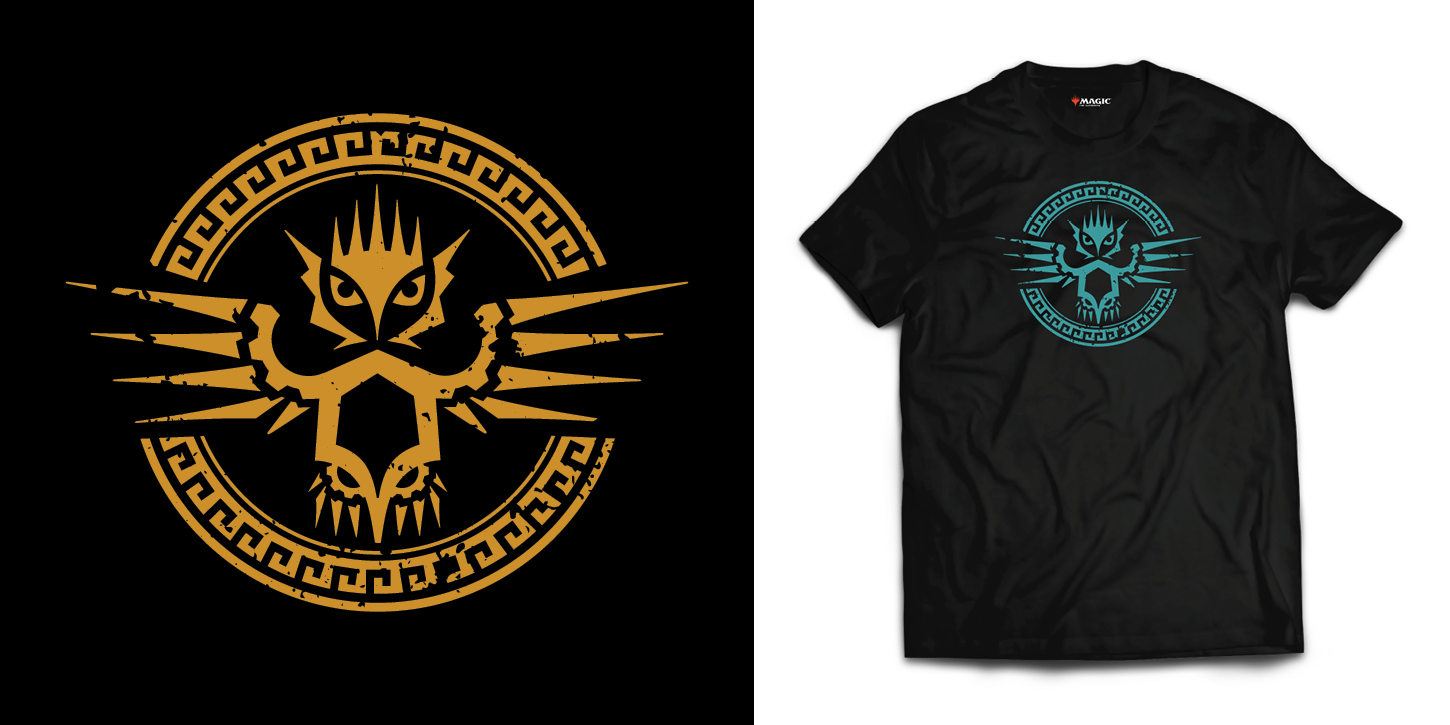 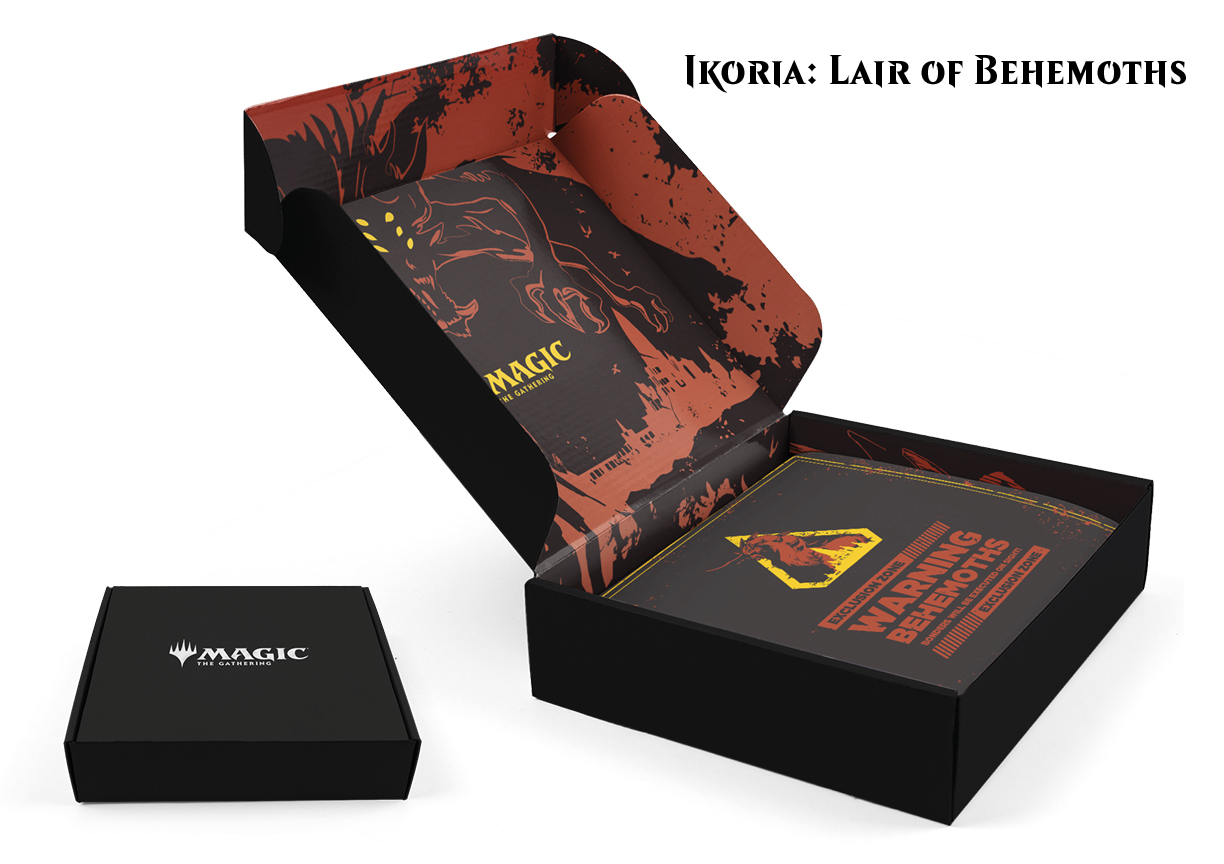 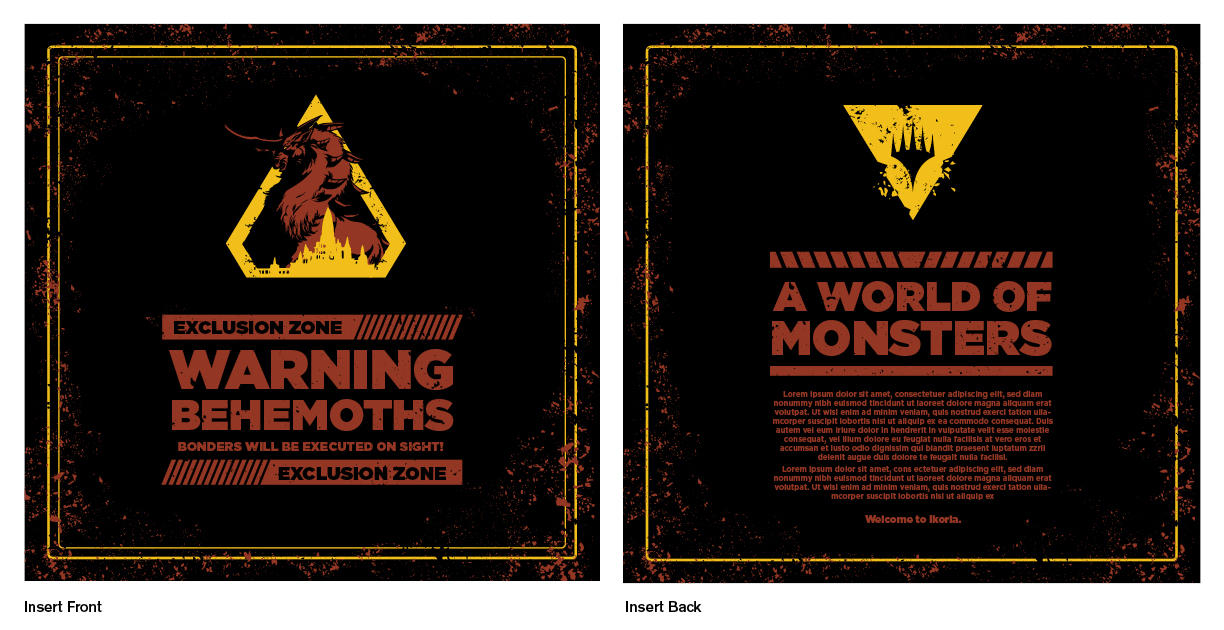 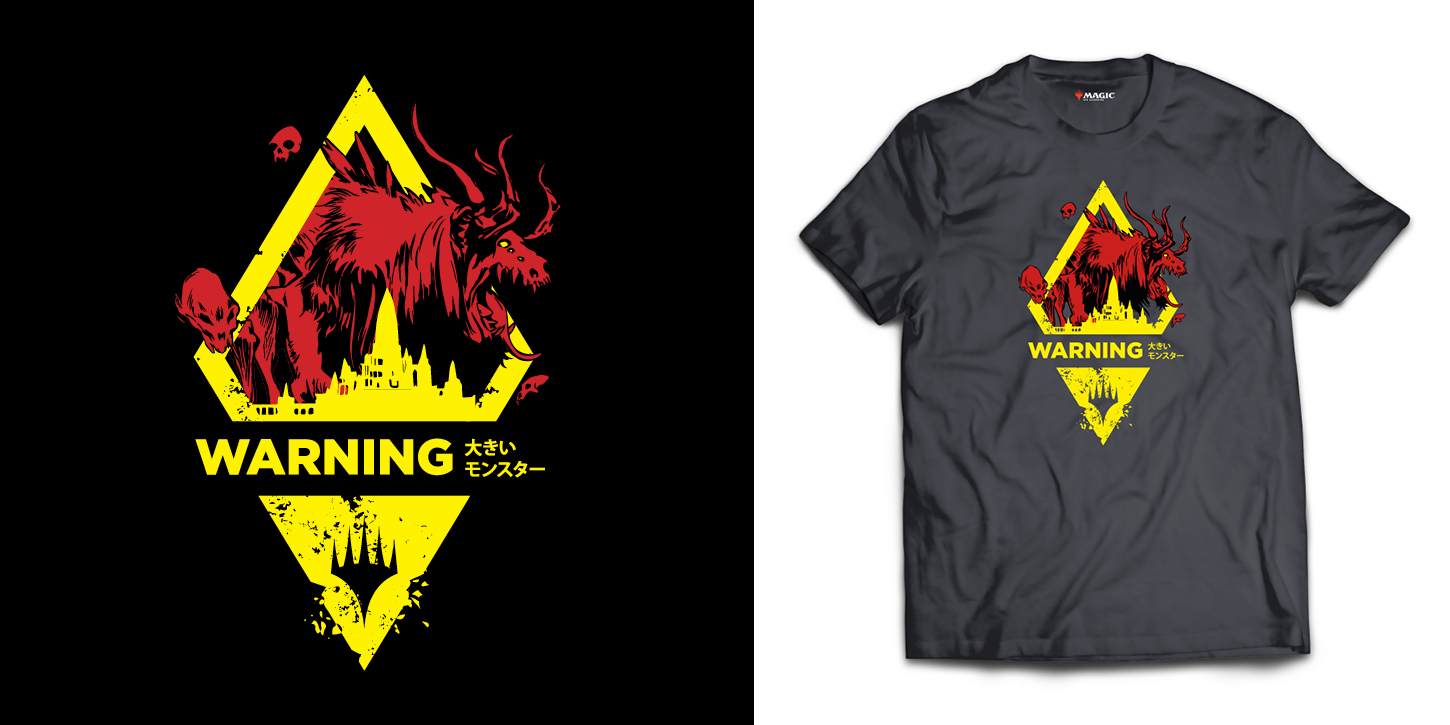 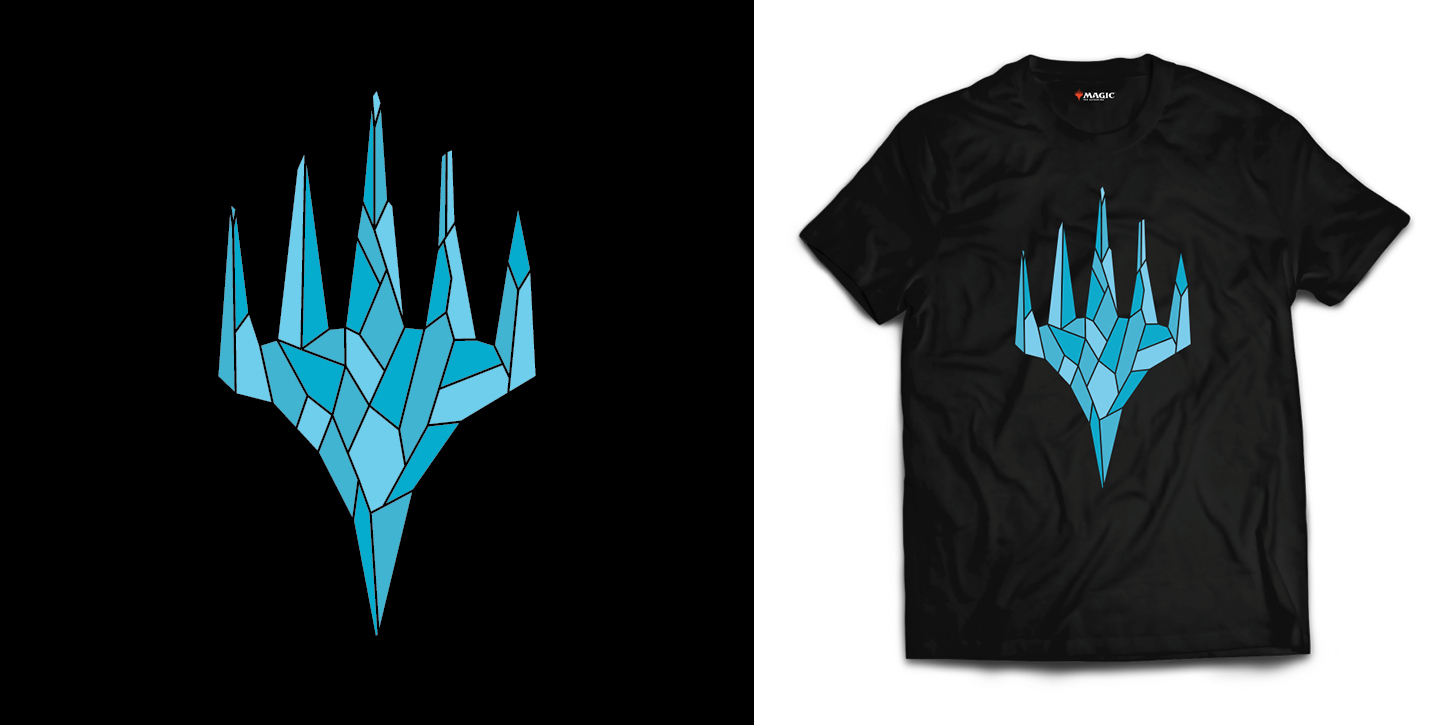 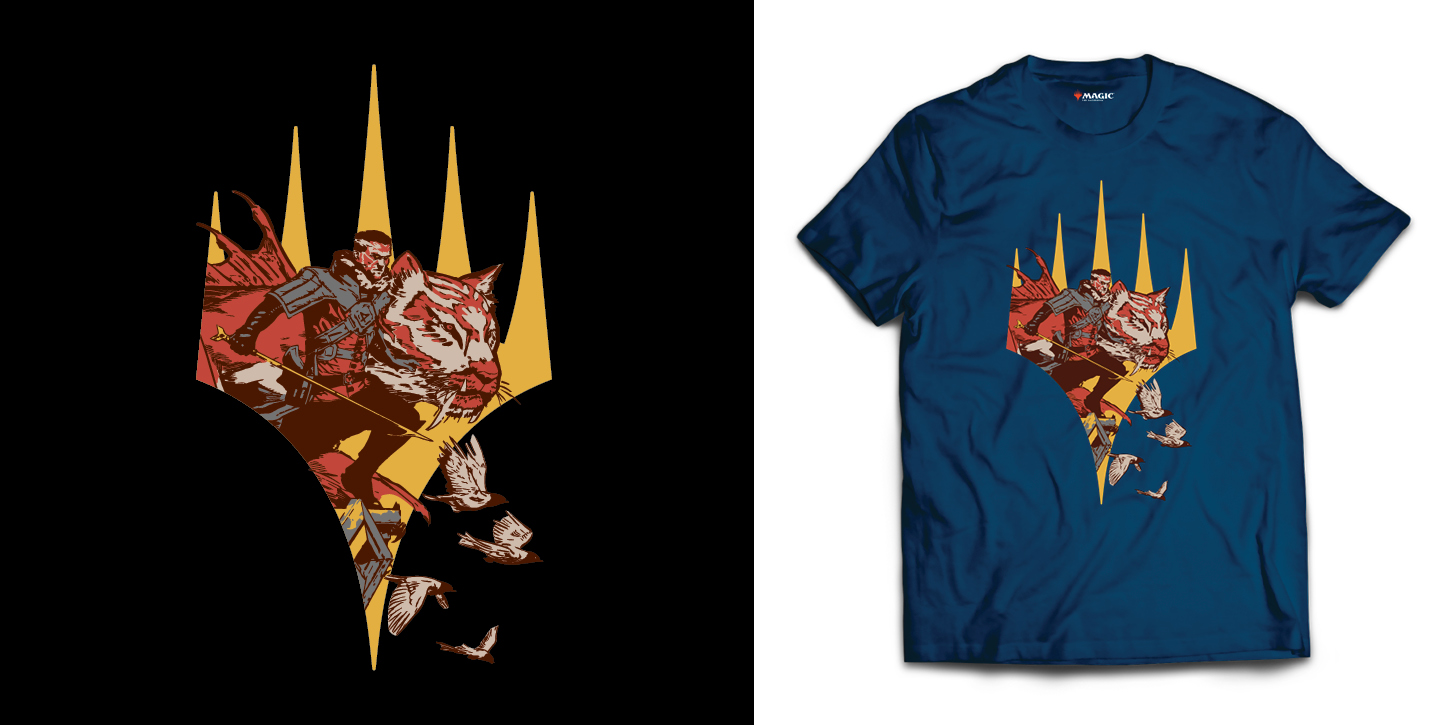 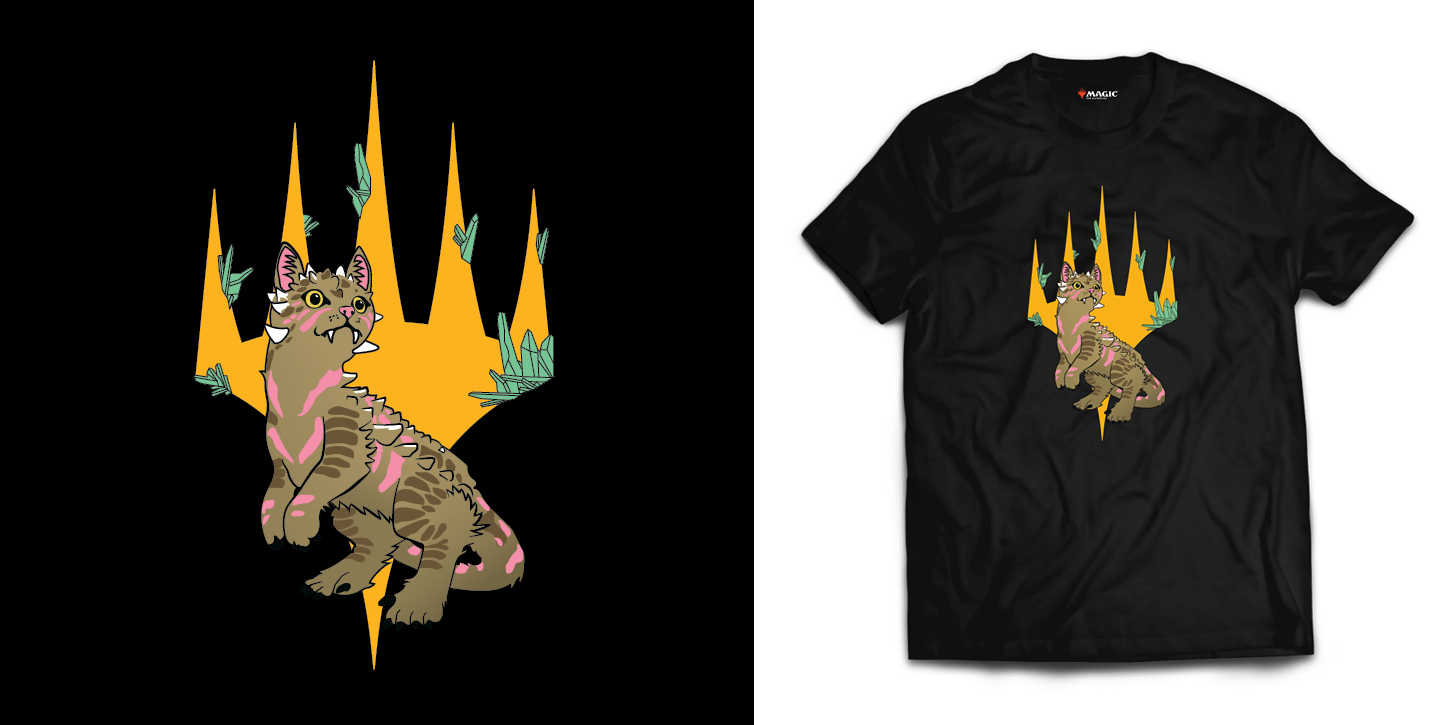 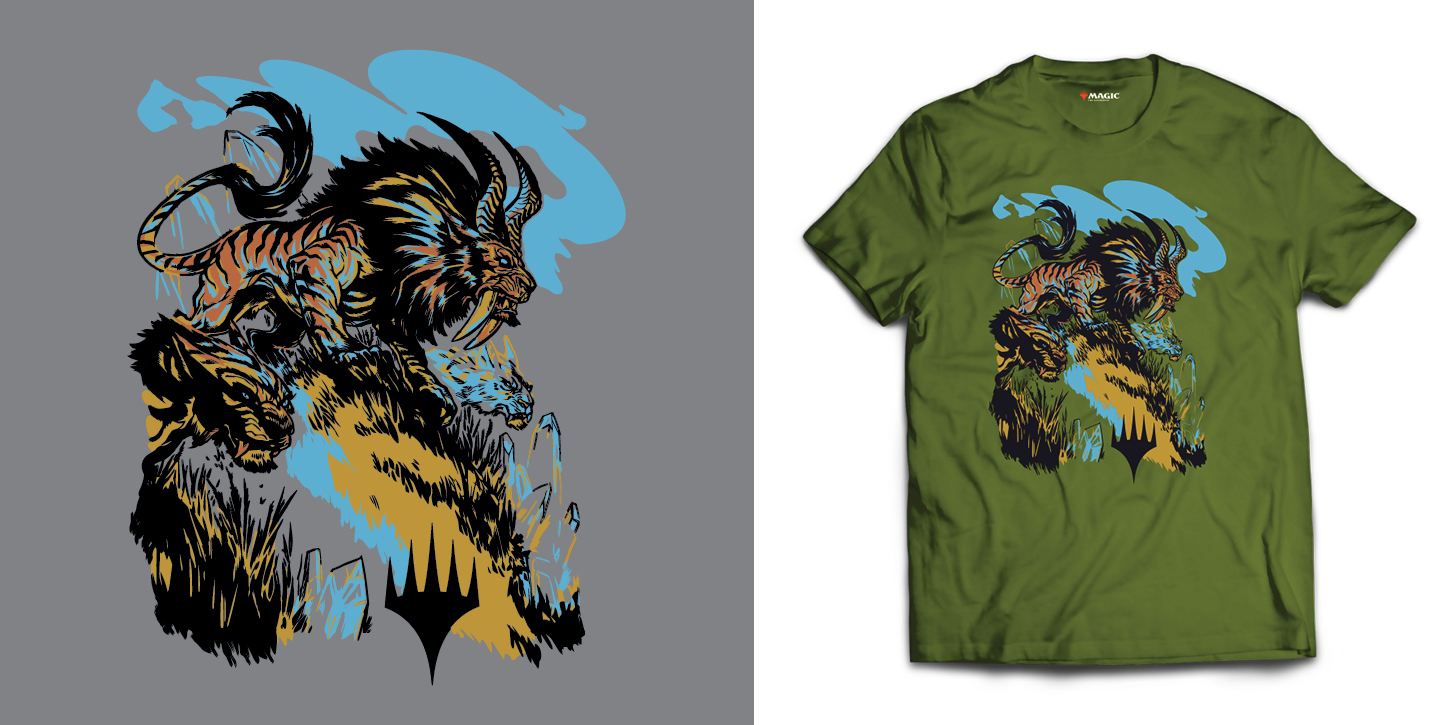 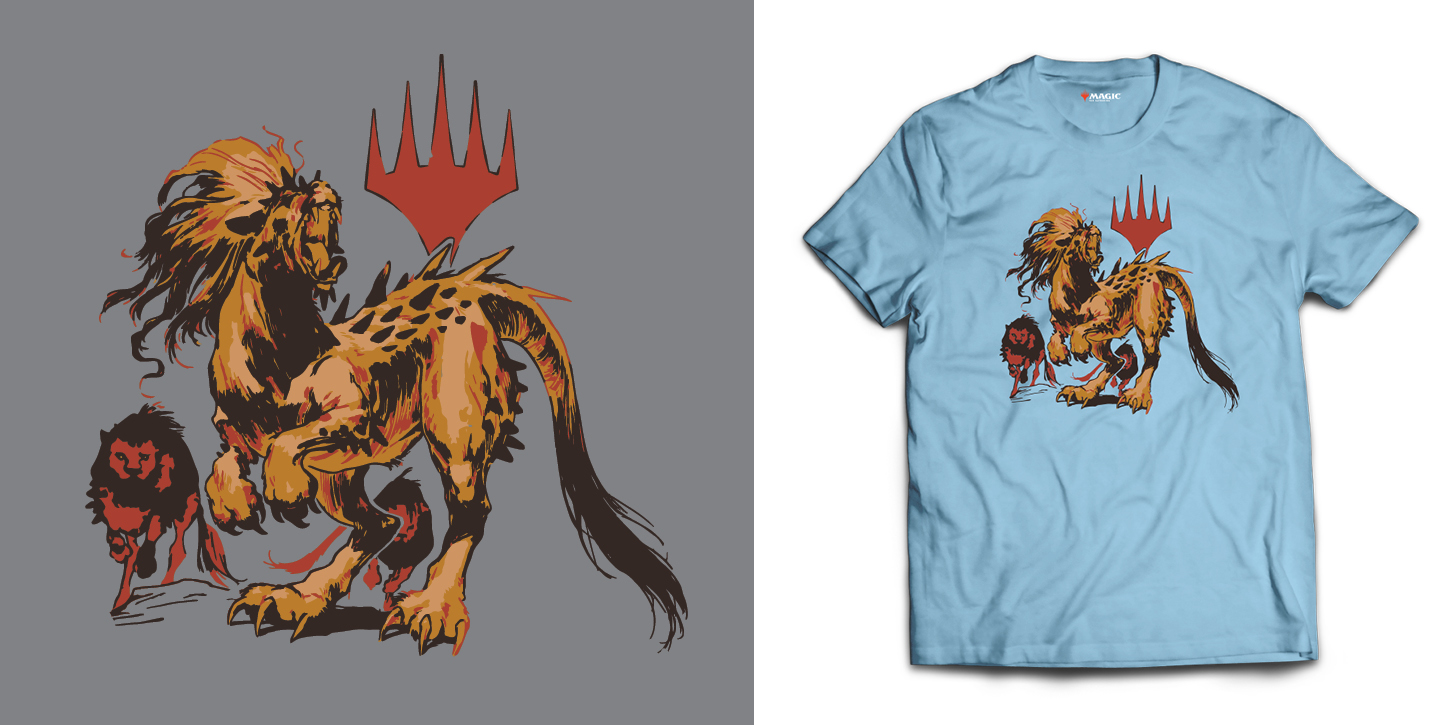 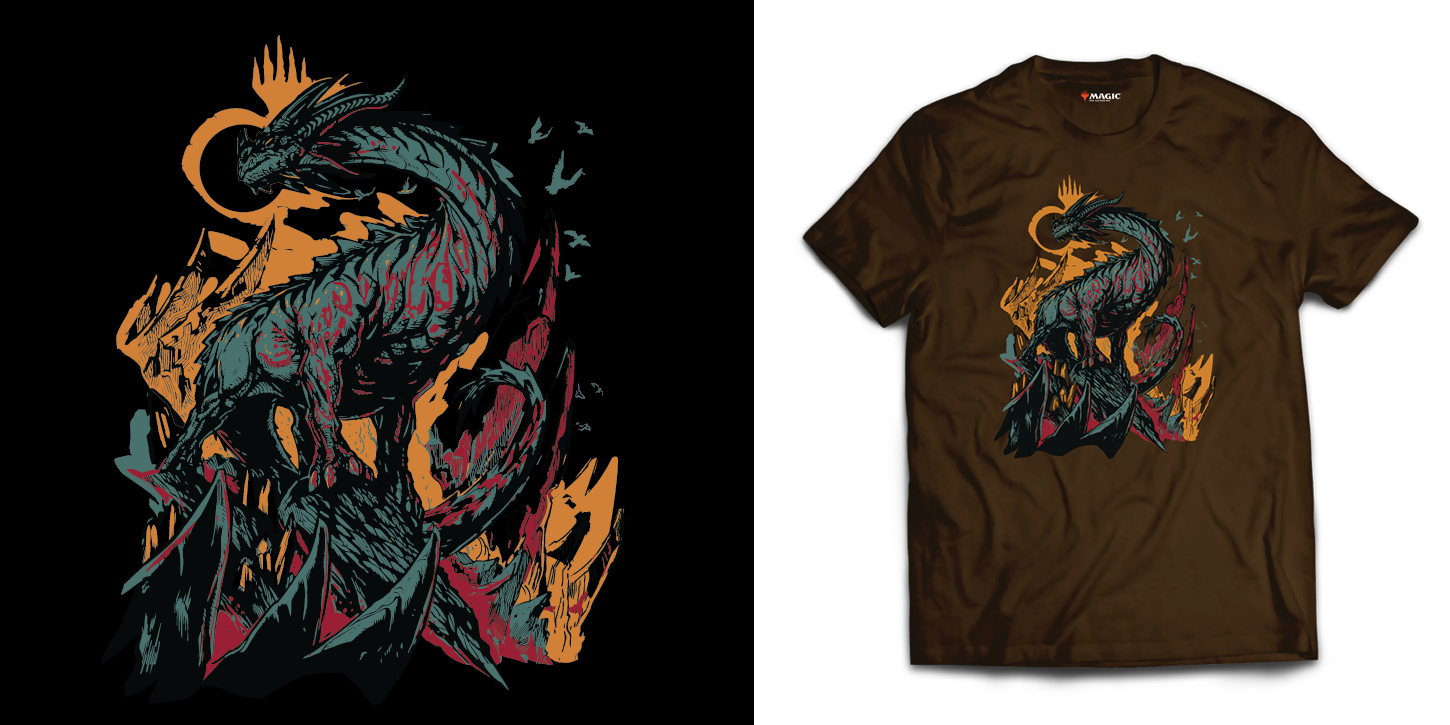 Wizards of the Coast

As a way of increasing the hype around card set releases the Magic team decided to design promotional shipper packaging that would be mailed out to Magic: The Gathering influencers. The packaging would differ from standard card release packaging, and was designed to showcase the theme of the new card sets while providing a surprise or discovery moment for the custom artwork and contained product during the unboxing experience. The campaign was ultimately a success with the packaging and card release being featured on blogs such as bleedingcool.com and generating aditional hype for the coming releases.

After the Throne of Eldraine set release, the first card set we released custom box art for, subsequent card release promotions also included a line of consumer product graphics available for sale to the general public. These products would be available on the Magic: The Gathering Website, or various retailers such as Hot Topic and Design By Humans. The graphics would again feature custom artwork and illustrations based on the individual set releases.

Throne of Eldraine
The theme is best summarized by “Fairy tales with Magic’s twist.” I added in the creation of a variety concepts for this project but ultimately the one shown to the left won the day. Art that from a variety of cards was taken and collaged together to create a single piece that would hint at the variety of stories that are featured within the card set. This was then applied to the box along with an insert which was designed to mimic the visual language of classic fairy tale story books.

Theros Beyond Death
Theros is a Magic setting based on Greek mythology. This particular set was focused around the underworld of the setting along with a hero escaping from it. Many of the concepts for this particular set focused on astrology, and Greek art, such as that found on pottery or iconic wall paintings. With the astrology concept winning out for the box, while other concepts where revisited and used in the designs for consumer product.

Ikoria: Lair of the Behemoths
As hinted in the name this card set theme was focused on large monsters. Think Kaiju attacking cities protected by magical crystal derived technology. In creating the concepts for this particular set a lot of focus was give to these types of large monsters and the general vibe found in movies such as Godzilla or Pacific Rim. The shipper box would lean heavily into some of this type of visual language, while the consumer product graphics would focus more on unique beasts, heroes, and aspects of this new setting. Although the consumer product line did also including a few example utilizing the visual language developed for the shipper. The idea being to give the consumer a bit more focus on the new creatures and heroes, unique to the new setting when it came to consumer product.