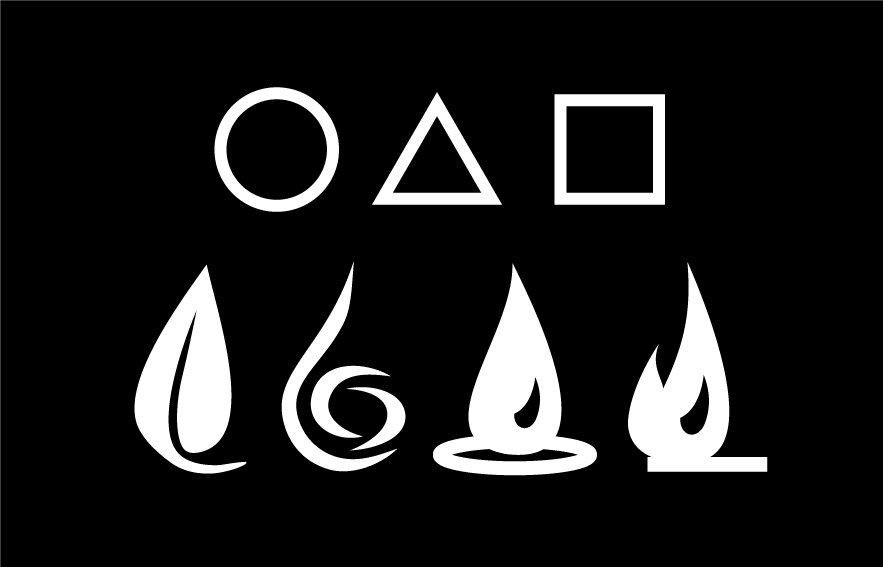 23 May Brand story: A look at the name Burningsquare, and the naming process.

Posted at 12:51h in Business, Design by Jeremy 0 Comments

The question often comes up when I meet with new clients or other designers;

Well like most things it involves a story, and this story involves the internet, graphic design talks, the atom, nature, and my design philosophy.

So let’s start at the beginning.

When I graduated in 2006, the first internet bubble was popping, and everything was a dot com. It was a bit crazy. As a graphic designer just coming out of school I needed a website. How else was I going to show the world how awesome I was? Everyone had a website! Well after trying to type jeremyharrington, jeremy-harrington, jeremyharringtondesign and many of other permutations into a domain checker, I came up empty handed. So what is a poor new-to-the-world graphic designer saddled with tons of student loan debt to do? Well I had to figure out how to brand myself and what I was going to call my website.

A bit about me.

I’ve always been intelligent, and aside from spelling and grammar (thanks dyslexia!), I’ve always been able to do just about anything I have set my mind to. Where my interests really rested though was inventing and creating things. I’ve always had an interest in science, technology, and generally figuring out how things work. In my high school days this led me to math and science. I mean none of that pesky language stuff that my brain can’t figure out (dyslexia) and I was encouraged to invent and figure out how things worked. Sadly inventor isn’t really a college degree and my high school guidance counselor took a look at my transcript, listened to me for a few minutes and suggested engineering. So I went to Oregon State University.

For those who are not engineers, you should know most engineers don’t invent things. They optimize, they make things more efficient, they may make sure a particular part of something works, but they don’t have the forty thousand foot design input I was after. I learned this two years into school during my first internship. It was there I pulled the ejection lever and eventually ended up in graphic design. Had the program been offered and things worked out differently I probably could have been an industrial designer.

Why that all matters.

So as a designer, I am a simplifier. I take large amounts of complicated information and reduce them down to a logo, or a visual identity system. For other design problems I find some way of communicating lots of complicated things in a simple cohesive way. I also have one of those types of brains that does well with art and science, and I am a bit of a nature outdoor person to boot. When I began to think of all of this, I began to think about the atom. The smallest individual piece of matter, yes I could go into electrons, and gluones, and quarks, and…  Not happening here. Atomic design just didn’t sound like a great name to me, but I knew there was something there. From my studies I remembered how before the discovery of the atom, the Greeks believed that all matter was made of bits of the four elements: Earth, Air, Water, and Fire. This started to speak to me through the lens of nature and the outdoors. Fire spoke to me the most, as the initial spark or energy behind things. It was here that I also started to remember a talk a professor had done on design when I was a student at OSU.It was about the basic design elements and shapes. The gist was that the circle, triangle, and square were the smallest elements of design, and by combining them you could design or create anything. The square spoke to me as the blank page, the grid that designers often build on, as well as the rules and conventions we choose to adhere to, or break.

So how does this relate to naming for you? Well now that you have seen my process my advice would be this; Don’t over think it. Paul Rand is famous for this quote “A logo doesn’t sell, it identifies. A logo derives its meaning from the quality of the thing it symbolizes, not the other way around. A logo is less important than the product it signifies; what it means is more important than what it looks like.” This quote wasn’t meant to say having a bad logo is no big deal, instead to say even the best logo won’t sell bad products or services. A company name, just like a logo, takes on its meaning from the company it symbolizes. Your consumer will begin to associate your name with your product or service. Find a name that fits you, that has a connection to you, because you will be this name. Let your clients or consumers build their own connections, but you are the face of your brand until it grows into something bigger. Brand positioning for my self is something I have struggled with for awhile. Early on in my career I had to choose a name to host my work under. My name was taken so a moniker or screen name was required. I begin the process of building a visual identity around this moniker to give it more weight, now it is a brand. What started as just needing a URL for my website has transitioned into a business name and now I struggle as a freelancer as I am a person and a brand. I’d rather not be both but I am, and I have to own it, even if I would rather just be Jeremy now I am a moniker too. My customers may associate burningsquare with design, but burningsquare is me, I’m much more than a product.

No one can tell you how to find a name without working directly with you, but if your struggling with finding a company name  contact me on my contact page, to schedule a consultation I am happy to help you find one.